Navajo voters are narrowing the list of candidates for tribal president today in the primary election. Fifteen people are vying for the top leadership post on the vast reservation that extends into New Mexico, Arizona and Utah. Current President Jonathan Nez says he wants another term to ensure projects started under his administration to extend power and water lines, and broadband are completed. The candidates include six women, each hoping to be the first woman elected to lead the tribe.

Pope Francis has come face-to-face with a long-standing demand from Indigenous peoples. They want him to formally rescind the papal decrees underpinning the so-called “Doctrine of Discovery” that seemingly legitimized the colonial-era seizure of Native lands and resources. Church officials insist the decrees have long since been superseded by others firmly asserting the rights of Indigenous peoples.

A very famous basketball friend to the Oglala Sioux Tribe has passed…Bill Russell, an 11-time NBA champion as a player and coach with the Boston Celtics and one of the most important figures in NBA history, has died at the age of 88, his family announced Sunday. Russell passed away peacefully with his wife Jeannine by his side. Russell visited LNI and the Oglala Sioux Tribe several times in his life and was friend with many native athletes including the Big Crow family in Pine Ridge. 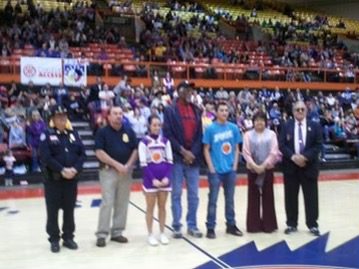